The Fab Four are still inextricably linked to Liverpool and no visit to the City can ever be fully complete without a guided Beatles Tour.

Our most popular two hour Beatles Tour takes you into the suburbs of Liverpool to visit their homes, schools, colleges and places made famous by their songs, like Penny Lane and Strawberry Field. In addition, after hearing about the history of the club where they played on almost 300 occasions, the tour can finish with a visit to the Cavern Club, the most famous club in the world.

Our specialist Beatles Tour Guides combine a lively, interesting and entertaining commentary with the music that is still as popular today as it ever was. 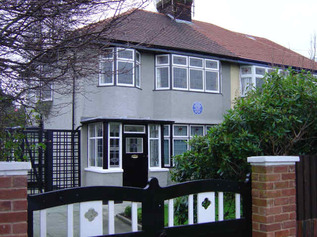 This foru hour tour enables you to go into more detail and covers locations not included in the two hour Beatles Tour. You will also have more opportunity to leave the coach to view places at closer quarters.

The Beatles in a Full Day

This tour is designed for the real fan, who wants to use their visit to Liverpool as an opportunity to visit the more obscure Beatles locations. The day will also include a visit to the National Trust owned childhood homes of John Lennon and Paul McCartney* and a stop for lunch (the cost of lunch can be included as an optional part of the tour).

*The National Trust homes are open from March until the end of November. Where this tour is take outside of these dates, a visit to Beatles Story could be arranged instead.

In the Footsteps of The Beatles

This tour will take you from Hope Street to the 'Cavern Quarter' of Mathew Street. You will re-live the early days of Merseybeat, see the Liverpool College of art, the Liverpool Institute School for Boys and the two magnificent Cathedrals. During the tour you will also see where The Beatles signed their first management contract, the shops from which John and Paul bought their first instruments and hear the story of how four lads from Liverpool emerged from a basement cellar to take the world by storm!